SAL “ROCKY” CENICOLA Everyone knows Sal as the energetic and spirited pie guy, but did you know he was also a pro boxer? Raised as a Jersey boy, Sal boxed for over 18 years and was among the “Who’s Who” of Atlantic City Boxing. Some of Sal’s acquaintances range from Sylvester Stallone to Don King. 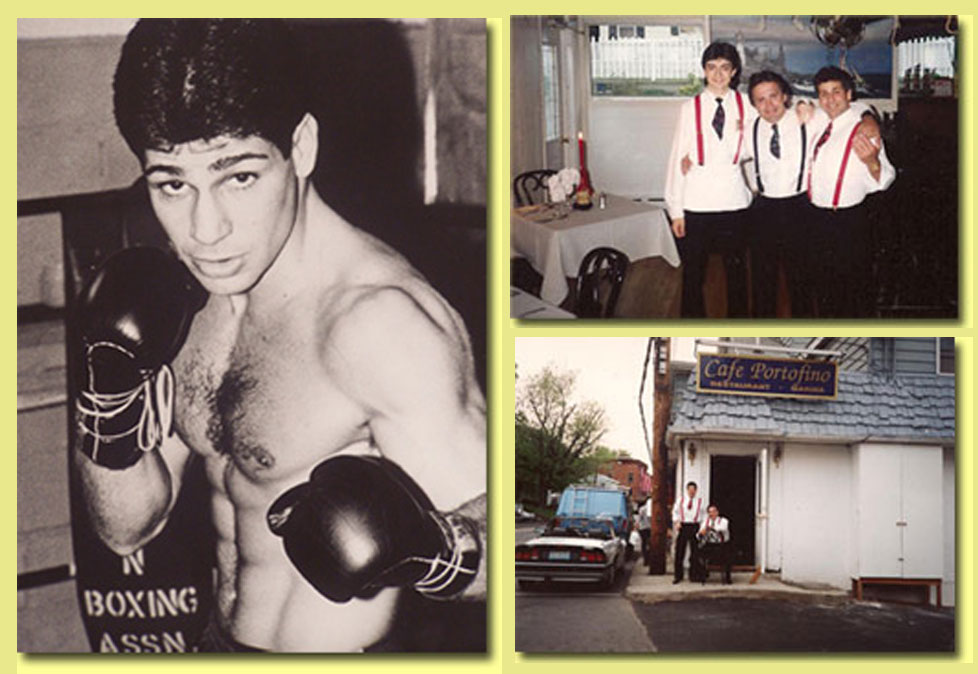 During the 1980s, Sal was undefeated through his first 18 professional bouts scoring 12 knockouts!  Boxing defines Sal as a tough go-getter up for any challenge.  His childhood gloves were given to him as a gift to remind him of tying kite strings to apple trees in his backyard to create a boxing ring for his friends.

Sal trained with Robert Duran, Aaron Pryor, Bobby Czyz, and Vinnie Pazienza at the world-famous Gleason’s Gym.  Together, Sal and Vinnie became known as the “Bruise Brothers.” After turning pro in 1982, a good friend of Sal’s name Rocky Graziano, the real Rocky, asked Sal if he would carry on his ring name, and Sal has been known as “Rocky Cenicola” ever since.

Sal was inducted into the New Jersey Boxing Hall of Fame and broke two boxing world records.  Furthermore, the Guinness Book of World Records has added Sal into the pages of history as the longest retired professional fighter to come back out of retirement and win at 25 years and 66 days.

Italians are known for celebrating life and transforming strangers into friends.  Sal is very passionate about holding to that Italian tradition and strives to see a smile on everyone that crosses his path.  Italians naturally excel in the restaurant business; they believe that family and friends’ food helps us get through the good times and the bad.

“Comfort food” is just what Sal has brought to his neighborhood pizzeria.  His pizzas and Italian dinners reflect heritage and recipes passed down from generations.  Sal believes that Italians truly live a romance with food.  Generations of Italians raised Sal, whether it was playing as a child in his cousin’s pizzeria or working in family restaurants.  Sal gained the most experience from helping a childhood friend, Jack, open Café Portofino.  His friend managed many high-profile Italian restaurants in New York City and asked Sal if he would like to join him.